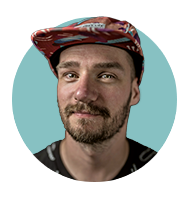 It’s 1994 and I’m 12 years old. A mate at school hands me a well-worn VHS cassette and says “you’ve got to watch this, I taped it off Channel 4 the other night”. That’s all the recommendation algorithm was in the 90’s - a friend excitedly thrusting an unmarked tape into your rucksack. So I obeyed his instructions, went home and for the next 124 minutes was transfixed by my telly.

What he’d taped off Channel 4 and excitedly gifted to me was the incredible ‘AKIRA’. A 1988 Manga masterpiece written and directed by Katsuhiro Otomo. It’s an epic tale of biker gangs, telekinetic test subjects and dystopian corrupt governments in a post World War 3 world. As a 12 year old who’s animation input had come only in the form of Saturday morning cartoons, this was mind-blowing. I had never seen anything like it; the kinetic action, the complex plot, the visceral violence, the intricate animation and the stunning visuals. To this day, 28 years later, it is still my favourite creation of all time, it impacted me that much.

It started a love affair with animation that burns bright today, which makes it even more special given that I proudly work within the animation industry, here at Aardman - something I could have never imagined back in 1994!

I grew up watching everything that Aardman made, like so many people, it was a family event to sit down and watch the latest Wallace & Gromit adventure on BBC 1 at Christmas time. I fell in love with its creations and when I moved to Bristol in 2006 I demanded that my friend show me the Aardman HQ, I just had to go and see it for myself. It was pouring with rain that day and we were soaked through, but I remember feeling pride of living in the same city as the people who brought Shaun, Morph, Gromit and the gang to life. When I joined the company two years later in 2008 I had to pinch myself, I couldn’t believe it (and very happy to report that 14 years on that feeling hasn’t changed). Being able to work amongst those talented humans here at Aardman who breathe life into fictious characters has never lost its charm – if anything it amplifies it year on year and it continues to inspire me in my own animation work.

Jumping back to the mid-90’s, that introduction to AKIRA didn’t mean I would become an animation snob though, far from it, I welcome any and all animation into my eyeballs. It was the same back in ’94 too - as The Lion King would have been released that very same year (and I vividly remember seeing that at the cinema, twice). I would excitedly consume Disney classics like Aladdin & Jungle Book, stop-frame masterpieces like Nightmare Before Christmas and Wallace & Gromit and lap up CG creations like Toy Story and Shrek.

My moving image education wasn’t just limited to movies growing up, as a video game-obsessed kid I fell in love with the incredibly detailed pixel art animation of games like Metal Slug and Guilty Gear. The fluidity and expression of these tiny characters felt so magical and special.

See that’s the thing. Animation was and continues to be, for me, a total escape. Anything is possible and that’s the appeal. There’s an infinite number of opportunities to tell your story, multiplied by the infinite ways to use the medium. 2D, 3D, 4D, Cel Action, Stop Frame, Pixelation or all of them at once. It’s such an exciting space, you can feel the energy of the creators in the things we consume.

And the medium is all about the creators - every single iota of the frame you see had to be conceptualised, constructed and created. What a fantastic opportunity; to have every pixel, every mm of film as your own to manipulate in whatever way you see fit. That also means making an animated anything is incredibly difficult, because you have to control every element and make it work for you. That’s also part of the charm too, it becomes almost mythical in taming the beast of animation to make something coherent, clear and characterful.

Fast forward today and I feel we’re in a golden age of animation. So many unique teams, studios and individuals using animation to tell bold, beautiful and diverse stories and experiences. This outlet for amazing animation can be found in so many places - from the axe-grabbing nuance of Kratos in the smash-hit video game God Of War to the most bad-ass anime bike commercial ‘IZZO’ from The Line. Incredible animation is all around us and I am here for it! I am very excited for the future.

Since 1994, I never thought anything could come close to the masterpiece that is AKIRA. I’ve held on to that belief for a very long time because that piece of work connected with me on such a special level, at a very formative time in my life. I stood by that until Into The Spider-verse nearly, nearly took the top spot but still AKIRA was safe, even the friendly neighbourhood Spiderman couldn’t knock it off its pedestal… (oh and the parental perfection of Bluey gave it a damn good run for its money too!). Yet, it was still safe...that was until Arcane came along. Then, just like that, just like in 1994, I was so enamoured with what I was experiencing. The characters, the design, the animation, the action, the story, the music, the everything of Arcane blew me away and I felt like that wide-eyed 12-year-old once more.

That is why I love animation so much, in this industry we all have the potential to create things that have a profound impact on other human beings, eliciting new emotions and feelings one frame at a time. How special is that!?

Gavin is a Director and Designer at Aardman. Working at the studio for over a decade, Gavin’s creative output ranges from title sequences for the OFFF festival and Shaun the Sheep Movie: Farmageddon, to channel idents for BBC Two and Christmas films for Fortnum & Mason.