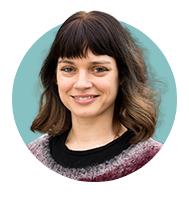 The latest addition to Aardman’s roster of commercials directors, Rebecca Manley talks us through the projects that have defined her career so far…

When asked to share some of the stories, processes and techniques that I have used in a few of my favourite pieces of work, it was difficult to choose which ones to talk about because I am quite fond of them all! When I craft something, whatever it may be, a commercial, short film, illustration or anything else in between, I put my heart and soul into it. And I like to think it shows. I do my utmost to deliver a creative piece that exceeds expectations and contains just that little spark that makes it stand out from the crowd. I work across all different animation techniques and in live action, although I have a real soft spot for stop motion animation! Directing and creating isn’t just a job for me, it is a passion. One of my favourite things about helming a project is working with a crew of amazingly talented individuals to realise my vision. It’s a real privilege which I enjoy immensely. This TV commercial was made, with LOVE Creative in Manchester, to promote the release of the ‘Little Big Planet’ game on Sony PSP and PSP Go.

The schedule was very truncated and so it was a race against time! But I was still determined to give it that handcrafted feel so associated with the game itself. The Sackboy character had to be GGI, so we used a mixture of techniques including stop-motion and pixellation in order to make the whole ad more tactile. Using different styles of animation, it was extra important to make sure that everything blended together seamlessly. So I worked closely with DP Peter Ellmore and the CG department, on the lighting across both the CGI and ‘on set’ elements, in order to achieve that synergy.

I met animator Andy Biddle on this job who became another close friend and collaborator. He has worked on feature films such as Fantastic Mr Fox, Isle of Dogs and Paranorman as well as being involved in the making of Aardman’s very own Wallace & Gromit: The Curse of the Were-Rabbit. He animated both the stop motion elements and his own hands (with a little help from me, sitting under the set, on the control pad!) The wonderful gorilla puppet, fabricated from clay around an armature, was crafted by Andy Gent and his team (now Arch Film Studio) and animated stop frame. The voiceover was performed by Nicholas Hoult (A Single Man, X-Men : First Class, Mad Max Fury Road). I entered a competition run by Channel 4 to make a short film for their ‘Random Acts’ strand. The budget wasn’t big enough for stop motion, so I had to think, out of the box, about how I could create something charming and fun in a slightly different way. In the end I decided to make an homage to some of the films and characters that I loved growing up, from The Muppets, and Fraggle Rock through to Labyrinth and The NeverEnding Story. So this was my first foray into the world of live action puppetry.

I wanted to write a quest with a twist, where friends went on a journey together. Something reminiscent of another of my creative inspirations The Wizard of Oz. Then the story about a hungry squirrel, pig and bear on a hunt for food just materialised in my mind. The denouement of the film was influenced by a scene in Charlie Chaplin’s The Gold Rush and vintage Tom and Jerry cartoons.

We were due to shoot in the woods of south London over three days with puppets and props all made of recycled cardboard. And I was very nervous the night before the first day as it had been raining steadily for about a week! The puppets would melt in the rain like the Wicked Witch of the West! In the morning, the sun came out and we shot the film over a period of three glorious sunny days. After which, it poured down in buckets again, so we were extremely lucky! I made all the puppets and props myself except for the biscuits and the Converse trainers which were expertly crafted by cardboard artist Mark O’Brien. I was also very fortunate to be able to collaborate with four wonderful professional puppeteers – Robin Guiver (Squirrel), Ben Thompson (Bear and Dog), Henry Maynard (Pig) and Avye Leventis (Pig). These very talented individuals, who have worked on features such as Gravity, Star Wars VII & IX and the Fantastic Beasts movies as well as stage productions like War Horse, and The Lorax, weren’t averse to rolling around on the forest floor whilst taking direction and breathed so much character and life into the three puppets. On top of a great festival run where the film played at The BAM Jim Henson Puppets on Film Festival in New York City, it won a coveted Vimeo Staff Pick as well as ‘Best Green Production’ at Going Green Festival, Los Angeles, CA and I was nominated for ‘Best Director’ at BAFTA qualifying Underwire Film Festival. The film was also featured in Televisual magazine.

To take a more in depth look at the making of the film and see mood boards, script, storyboards and much more please visit: http://tablemannersshortfilm.blogspot.com/

now you see it I had been wanting to make a film about the environment for a while and one day I just thought I’d get on with it! I was driven to create the piece both by my passion for the natural world and my wish to contribute a creative film to the urgent global conversation about environmental damage.

I am renowned for having a tactile, artistic approach to my work. And with this piece, my goal was to create a moving and poignant environmental film, in an appealing hand crafted style. It was a real passion project with no budget at all. So I wrote, directed and produced the short in my spare time and made all the puppets and sets myself.

The film was shot on a 5D Mark II, in my attic studio in Peckham, again by my long term collaborator and friend DP Peter Ellmore. Realised in live action, with a hand-held camera, I strove to create moments of charming puppeteered motion throughout. Each scene was delicately enhanced in post, by compositor Rob Ward, with touches of subtle but compelling effects animation adding extra depth and life to the action. The film’s beautiful, illustrative colour palette was inspired by the illustrations of Dahlov Ipcar and augmented by the work of colourist Brendan Buckingham at The Mill, London. The score is an original track, composed especially for the short. I was adamant that the music should not be emotionally didactic to the viewer but that there needed to be depth of feeling in the performance. So I worked closely with composer Oliver Davis to craft a powerful, rolling but paired down piano track which compliments the visual storytelling.

I knew that I needed a voice over with gravitas to bring out the piece’s full potential and immediately thought of actor Ewan McGregor. He is the perfect match for this story not only in terms of the warmth and tone of his voice but also in light of his humanitarian and philanthropic work. But it was a long and tricky road to get the film in front of him! However, once I did manage to do so, he loved it and said yes immediately. He was based in Los Angeles and I am in London, so we did a cross studio voice recording session with him at Margarita Mix in Santa Monica and me at 750mph in Soho. Ewan was so warm and fun to work with, chatting and joking with me in between takes. But he was also very generous and focused whilst recording, determined to give me a variety of options to choose from. His voice really is the icing on the cake of this project and I am so grateful to him for that.

OF THREAD AND ALMONDS

Set in 90’s London, OF THREAD AND ALMONDS unravels the story of love unexpectedly found in the heart of a museum. SULLIVAN is a thoughtful cloakroom attendant, skilled with a needle and thread, whose immaculate routine is turned upside down by the appearance of charismatic PhD scholar MANDEL, there to carry out research in the library. Despite an immediate and potent chemistry between them, neither seems brave enough to make a move. But will Sullivan following his desires mean taking drastic measures?

I have always enjoyed exploring love and interpersonal relationships in my narratives but from unusual or unexpected angles. Of Thread and Almonds is my first live action drama. The film explores themes of love and human connection in a surprising way. As a writer/director I was excited to make a film that would challenge me. I want to start writing and directing longer form content and drama, be they live action or live action and animation mixed projects (as well as continuing to create pure animation work). So this was the first big step for me in that journey.

We shot the film over three days in two different locations with the lead cast – Stanley Halls arts centre in South Norwood and Battersea Library. And we spent a fourth day in the studio shooting close ups with stand-in actors.

Coming from a background in animation where I have designed and art directed a lot of my own work, I always have solid ideas for the look of my films. In order to cultivate this vision I do a lot of research and pre-planning. The paintings of Edward Hopper and Tom Ford’s debut feature A Single Man were both huge visual inspirations for the film, as well as 90s TV series My So Called Life. In order to describe my vision to the HODs, I gathered together a lot of images online, and then compiled mood boards in Photoshop, which I shared and discussed with them so we could figure out a way to bring the aesthetic to life. I was extremely lucky to work with such a talented and enthusiastic team.

The film has been doing very well on the festival circuit having made the official selection for Bafta qualifying Cambridge and Foyle Film Festivals and Academy Award qualifying Short Shorts and Asia amongst others. It also won the award for Best Drama at Bristol Independent Film Festival 2020. 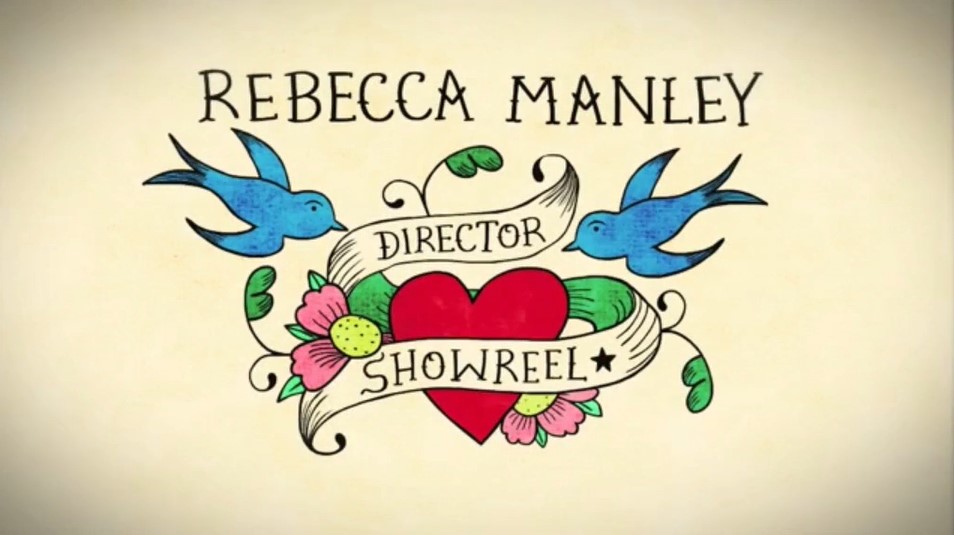 Rebecca grew up in the middle of nowhere in the countryside, an excellent training ground for the hermit-like existence of an Animation Director and Writer. Her narratives often tackle love and interpersonal relationships in a surprising or unexpected way. Aardrunners raise over £3000 for The Grand Appeal