Next in our ‘Ask Me Anything’ series on Instagram Stories, we invited Aardman Director Simone Giampaolo into the hot seat to answer your burning questions. Read on to find out how he cut his teeth in the world of animation, where he finds inspiration and his proudest achievements.

I love your work! Do you design your own characters?

I love sketching and designing funky and quirky characters (both on paper and digitally), but my style isn’t suitable for all the productions I’m involved with. When there’s a chance, I really like collaborating with character designers who are much better than me! I’m always amazed by the amount of fresh ideas talented artists manage to bring to the project. How did you get your start in directing for animation?

After directing my graduation film at Bournemouth University (titled ‘Espero?’ ), I made my first steps in the industry as a junior animator and CG generalist at Blue Zoo Animation in London, where I was given the awesome chance to pitch ideas for original short films. In 2015 my idea for a Christmassy short (titled ‘More Stuff’) won the pitch session and I got to co-direct it! The short did very well online and at festivals, and that allowed me to receive more opportunities to direct shorts and commercials. What’s your favourite thing about working in CGI?

CGI allows to be extremely flexible by giving artists/directors an incredible amount of control, as well as lots of freedom when it comes to visual style: you can have realistically rendered CG, toon-shaded CG and even stop-motion looking CG (which I personally really like)! The opportunities are endless, but this power has to be used responsibly (one can get truly lost while tweaking and experimenting with CGI, which isn’t good when a deadline approaches).

Also, it allows the team to make iterations and amends very quickly and efficiently (super helpful when working with clients). That said, I truly love more traditional techniques too!

It looks like you’ve worked with loads of cool brands! Which has been your favourite?

The Google project I directed at Aardman a few months back (‘Legends Family Adventure’) was incredibly interesting to be a part of, as it involved several different parties (Google UK, Parent Zone, the agency Toaster and of course our Aardman team) which all came together to make the trilogy of films as engaging, educational and fun as possible in a short amount of time. Also, I have a soft spot for Lego! I truly enjoyed directing (and animating) Lego commercials when I was at Blue Zoo. What sequence of events set you on the path to directing animation?

This will probably sound big-headed, but I think that (deep down) I’ve always been on the path to becoming an animation director, even before realising what directing meant!

I’ve always had an insatiable passion for storytelling: I’ve been writing stories, illustrating them and sketching comics since I can remember. Also, I’ve always enjoyed working in teams, organising events, getting people pumped up about original ideas… I think all these personality traits got channelled into my desire to make films and animation once I moved to the UK to study. That’s when I truly realised that all these peculiarities are indispensable if you want to become a good team leader (and director). Have you ever directed a stop motion film?

Yes I have, some years back I wrote and directed a little short titled ‘White + Black = RED‘ , for which I used a very unusual canvas: the body of two models. Even though it was light-hearted and fun, the short carried a strong message against racism, and was all shot in a couple of days at my parents’ house in Switzerland! Sometimes (when I’m not swamped with work) I still love creating little stop-motion experiments for fun, which can be found on my Instagram profile.

Anyhow, I hope to direct some more stop-motion in the future, I’d love that!

Where do you get your inspiration?

I’m a night-owl who tends to get my best ideas very late at night, before falling asleep.

That moment when you feel half awake half dreaming, you know (also known as alpha phase of sleep)? That’s usually the sweet spot where consciousness and subconscious meet, resulting in inspiring new ideas. Or horrible nightmares! Gosh, I’ve got so many! But one who really stuck with me is the Pirate Captain from ‘The Pirates! In an Adventure with Scientists!’ Maybe because I see myself in him. He’s naïve, silly but never gives up!

What’s your favourite stage of the production process?

My favourite stages are definitely pre-production (including writing, character development and design), animation (well, you gotta love animation when you’re also an animator, right?) and editing. Working with the animation team to come up with the best character performances is something very close to my heart, and I still enjoy animating shots myself when I get the chance. Also, I absolutely love seeing all the hard work from the team come together in the edit, especially when you start adding music and sound design to the mix. That’s where the real magic happens. In fact, I like it so much that I often end up editing my films myself.

How do you come up with ideas?

I find it easier to come up with ideas when I have restrictions: a theme, a style, a character, a message or… a limited budget (sometimes these restrictions are set by clients, sometimes, by yourself). It really helps me focus on what’s necessary and original to showcase, from what’s not. Sometimes having too much creative freedom can be difficult to handle, trust me! What has been your career highlight and proudest moment?

I believe one of the things I’m most proud of as a director is the environmental short film ‘Only a Child’ (https://www.instagram.com/onlyachildanimatedshort/), which I finished directing last year. This short gives shape and colour to the beautiful and meaningful speech given by Severn Cullis-Suzuki at the UN Summit in Rio de Janeiro in 1992, and combines every animation technique in the book (stop-motion, sand animation, paint on glass, CGI, 2d traditional, puppets…).

The film is currently travelling through festivals, and the recognition we’ve been receiving so far has been astonishing. Seeing people (especially young ones) enjoying my films always make my heart soar. 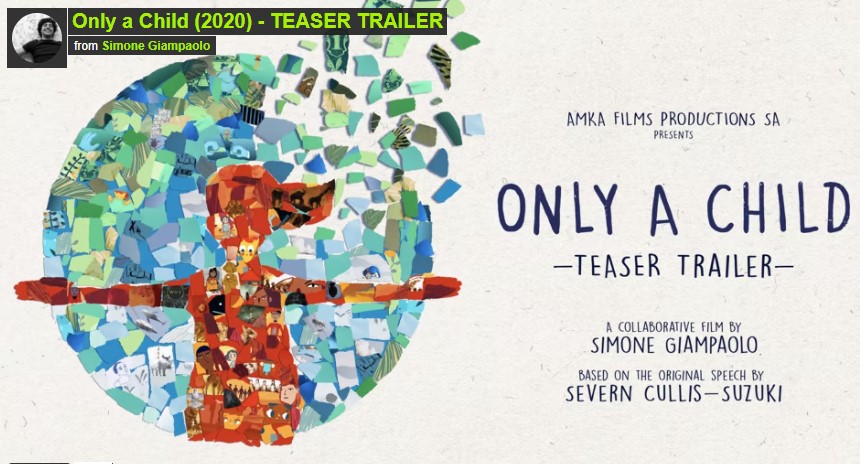 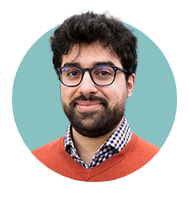